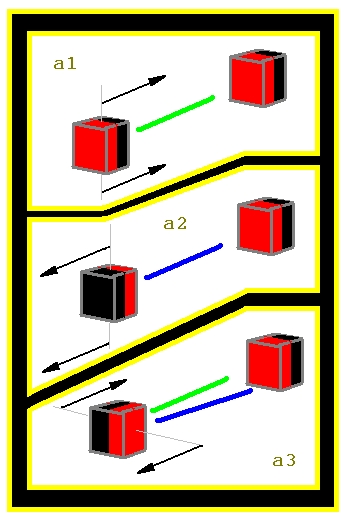 In a1 the magnets attract another,

in a2 the magnets repel another.

In a3 the magnets both repel and attract resulting in a rotational pull.

The pull and the push are about the same size. Therefor the magnet at the left is almost infinitely more influenced by this interaction as the one at the right.

In static situation a3 the curl of E(right) is zero. When the net force on an object is zero (i.e., no force acting on it) it remains in its state of uniform motion or rest.

In this illustration you can clearly see how the field from the magnet at the left is disturbed much more as the one at the right. This means both magnets are subjected to different forces while interacting. 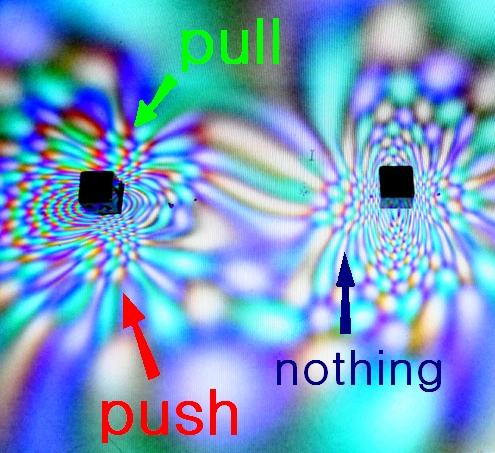 You should now be able to appreciate the diagram below. "the combined forces of repulsion and attraction may 'add up' to zero".

Physics has always known there could be a complex path towards a permanent magnet where the forces don't add up. I claim this is the answer to that question.

Dr. Simanek's argument is that either the Cavorite motor, or its electrostatic counterpart, do not actually change in any way as they rotate. Therefore, he reasons, by Stevin's principle of virtual work, no energy is gained during the rotation and either motor, once started, will eventually stop because of friction, or, if we neglect friction, neither motor provides useful output work. http://www.kilty.com/pmredux.htm